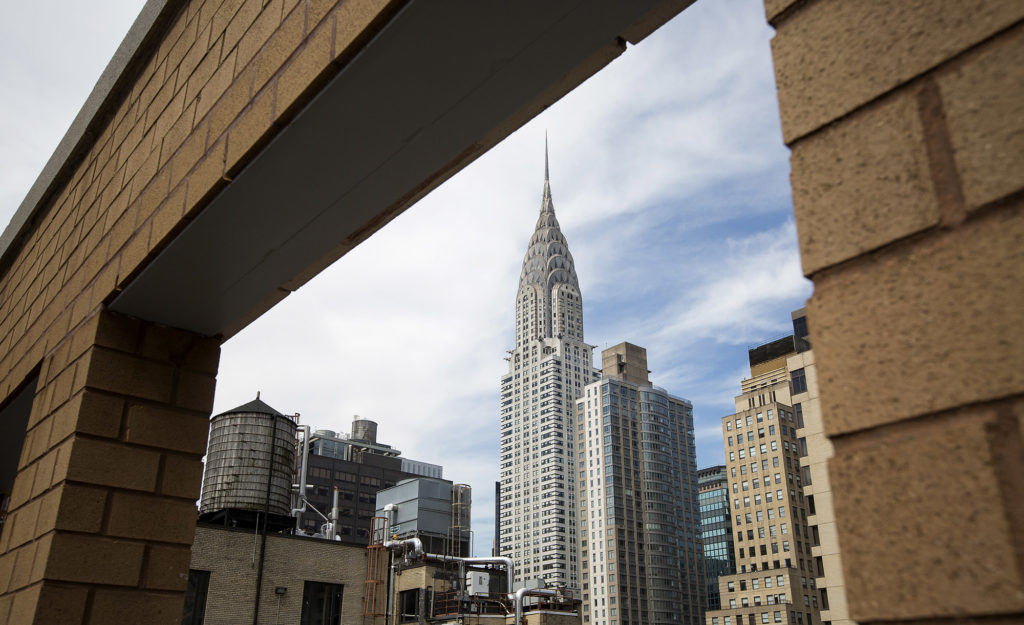 As the experts on Hotel Carpet Cleaning, we love to share articles on the hotel industry when we come across them. We came across this article we thought you’d find interesting about New York’s Iconic Chrysler Building possibly becoming a Hotel.

First the old TWA Terminal at JFK and now the Chrysler Building? Is it just us, or is everything being converted into a hotel these days? And is that necessarily a bad thing?
— Deanna Ting

New York City’s landmark Chrysler Building, which is being bought for about a fifth of what it last sold for, could ultimately be transformed from an aging office tower into a hotel.

Aby Rosen’s RFR Holding LLC and Austrian real estate firm Signa Holding GmbH last week agreed to purchase the 77-story skyscraper near Grand Central Terminal for $151 million, significantly below the $800 million the Abu Dhabi Investment Council paid in 2008 for a 90 percent stake, according to a person with knowledge of the matter.

Rosen said in an email Tuesday that he would consider converting the tower into a hotel.

Join the 250,000 travel executives that already read our daily newsletter. Sign up below.

Scott Rechler’s RXR Realty, which lost the bidding with an offer of about $150 million, had looked at turning the tower into a mixed-use property that would have included a hotel, according to the person, who wasn’t authorized to speak because the matter is private.

A spokesman for RXR Realty declined to comment, while a representative for Signa didn’t immediately respond to a message seeking comment.

The Chrysler Building, completed in 1930 in Art Deco style, would probably require millions of dollars in improvements, no matter what the new owners do with it. Keeping it as an office building would be a risky proposition at a time when New York tenants have been favoring new, amenity-packed skyscrapers at Hudson Yards on the far west side and the World Trade Center downtown.

It could cost between $150 million and $250 million to make the necessary upgrades, the person said.

“It’s a magnificent building with uninterrupted views from the high floors but changing use is not without issues,” Lawrence Wolfe, co-head of the lodging capital markets group at Newmark Knight Frank, said in an email.

The large floor plates favored by office tenants can pose design challenges when converting to other uses, while the landmarked lobby could make it difficult to create a dedicated entrance for hotel guests.
Ground Lease

Adding to the new owners’ expenses is an increasingly costly ground lease. The land under the Chrysler Building is owned by Cooper Union, which last year raised the annual fee to $32.5 million from $7.75 million, according to the school’s financial statements. The rent will jump to $41 million in 2028 and $55 million in 2038.

The tower is also losing about $20 million a year and has around 400,000 square feet of space that’s either available or opening up in the next year, not to mention annual operating expenses of $15 million, the person said. The average rent in the building is in the $50-a-square-foot range, according to the person, less than half of the average asking rent at Hudson Yards.

RXR Realty is part of a team that plans to transform the nearby Grand Hyatt New York, the hotel that launched Donald Trump’s career as a real estate developer, into a new 2 million-square-foot tower with offices, retail and lodging. The team also includes developer TF Cornerstone and MSD Partners LP, the investment firm that manages money for Michael Dell and his family.

–With assistance from Patrick Clark.